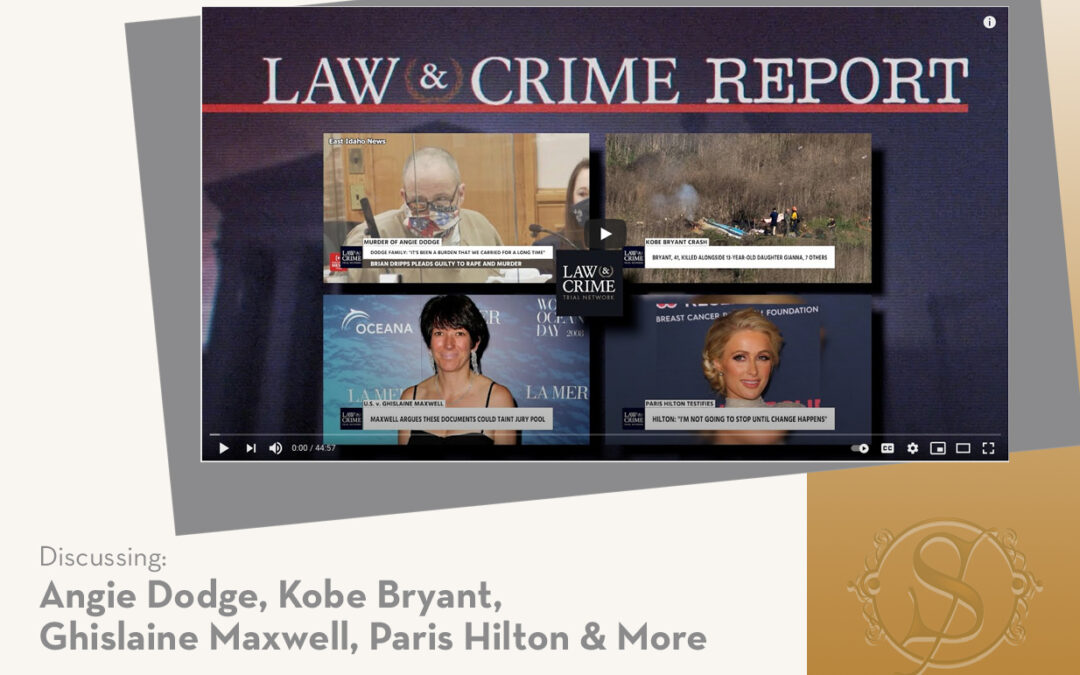 Criminal Defense Attorney Silva Megerditchian appeared on the Law & Crime Network on February 10 with host Jesse Weber to discuss a myriad of legal news stories. The murder Of Angie Dodge. The Kobe Bryant Crash. The case of U.S. v. Ghislaine Maxwell. Paris Hilton’s testimony. And the grandfather sentenced in the death of his granddaughter on a cruise ship. All of these topics were part of the show.

Megerditchian first commented on the criminal case of Brian Dripps. Dripps recently pleaded guilty to the murder of 18-year-old Angie Dodge back in 1996. Unfortunately, a falsely accused man had served several years in prison before genetic evidence pinned Dripps as a suspect.

“Justice is served for those families who finally have the right person behind bars, feasibly for the rest of his existence,” Megerditchian said of Dripps’ sentence.

The conversation then shifted to the tragic helicopter crash that killed Kobe Bryant. In addition, the crash killed his daughter and seven other passengers. Recently, a new report from the National Transportation Safety Board found that the pilot of the helicopter, Ara Zobayan, was negligent in his duties.

“The defense will have to get their own evidence to counter what the NTSB found,” Megerditchian said. “The unfortunate thing is the pilot lost his life, too. There wasn’t intent here. It was just human error.”

Megerditchian also discussed issues relating to the ongoing Ghislaine Maxwell trial, an emotional Paris Hilton testimony, and a tragic story of grandfather Salvatore Anello sentenced for the cruise ship death of his granddaughter.