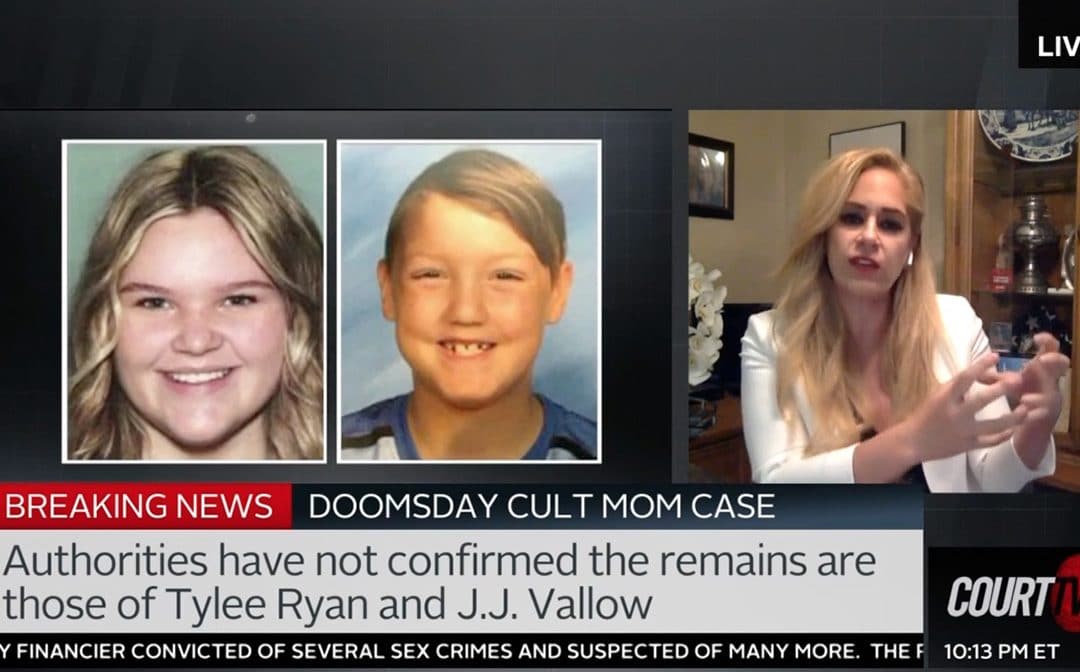 What’s Next for Chad Daybell and Lori Vallow?

Featured by Court TV on Wednesday, June 10th, Criminal Defense Attorney, Silva Megerditchian, addressed the latest updates in the Doomsday Cult Mom Case and what is to come for the suspects.

Human remains were discovered in the back yard of Chad Daybell’s Idaho home this past week. Although they have not yet been identified as the remains of Tylee Ryan and J.J. Vallow, Megerditchian states, “this is really going to open up into a proper investigation.”

When asked if prosecutors have enough evidence to turn the case from a altercation, destruction, or concealment of evidence charge into a murder charge, Megerditchian responds “those charges, I don’t think, are going to last very long. It’s going to go very quickly into murder charges, conspiracy charges, grotesque child abuse charges… It’s going to be a pandora’s box of horrific charges that will carry life sentence, if not the death penalty. “