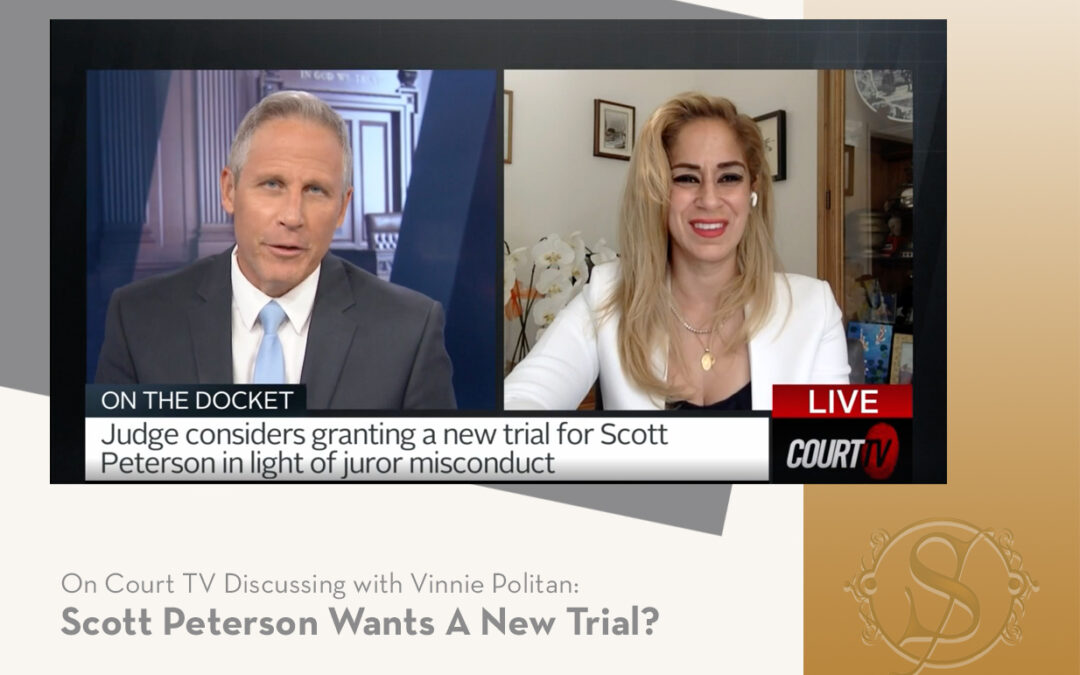 Criminal Defense Attorney Silva Megerditchian recently appeared on Court TV to discuss the murder case of Scott Peterson with Vinnie Politan. Peterson was convicted of murdering his pregnant wife Laci and their unborn son in 2005.

Peterson and his representation are seeking a new trial, arguing that there is new evidence in the case. Peterson’s defense is now claiming that robbers killed his wife and drove the body to San Francisco Bay, where Peterson happened to be fishing the day of the murder.

“There are ridiculous aspects to this,” Megerditchian said. “As a defense attorney, we use what we have. … It is something where it should be argued as an aspect of an evidentiary issue that was not brought up or not known.”

Megerditchian acknowledged that the claim is extremely far-fetched. However, as a defense attorney, she understands that if this new evidence is legitimate, it should be factored into the judge’s decision for a retrial.

“If this could be something where there was some kind physical evidence that was found outside of Scott Peterson, we have a new trial,” she said. “I just don’t see it happening.”